The Division of Infectious Diseases collaborates closely with the Weill Cornell Center for Global Health (CGH), with nine faculty members shared between the two groups, including full-time faculty who live on-site or travel frequently to programs in Brazil, Haiti, India, and Tanzania.

The collaboration between Cornell University and the Federal University of Bahia started in 1964 and is the longest collaboration of its type in the world today. To date, over 20 Cornell faculty members and 120 students and fellows have participated in the program, and over 250 peer reviewed journal publications have emerged from the research. The program has been funded by the Commonwealth Fund and the Rockefeller Foundation, and since 1979, by the NIH. The current NIH funding supports our Tropical Medicine Research Center and a research training program in infectious diseases in Salvador, Brazil. A second program collaborates with the Federal University of Rio Grande do Norte (UFRN). Active areas of research include the pathogenesis, diagnosis, complications and management of HTLV-1, leprosy and leishmaniasis.

The Cornell program in Haiti began in 1980 with the establishment of a unit for the study and treatment of infantile diarrhea at the State University Hospital in Port-au-Prince. The Cornell team began its AIDS research in 1982 and was instrumental in the formation of Groupe Haitien d'Etude du Sarcome de Kaposi et des Infections Opportunistes (GHESKIO). Since 1983, Cornell and GHESKIO have had uninterrupted NIH support, resulting in over 130 publications. Cornell-GHESKIO conducts NIH-sponsored HIV and tuberculosis clinical trials. With support from the U.S. President's Emergency Program for AIDS Relief (PEPFAR), GHESKIO provides services to 500,000 persons annually. Current areas of research are HIV/AIDS, HPV and tuberculosis. 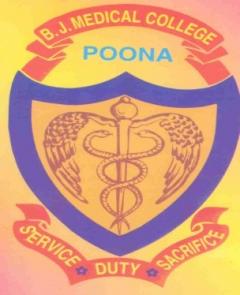 A newer collaboration exists between Weill Cornell and Byramjee Jeejeebhoy Government Medical College (BJGMC) in Pune, India. BJGMC has received NIH funding for 20 years, producing over 100 publications in peer-reviewed journals. As an NIH international HIV clinical trials unit, research at BJGMC focuses on HIV and co-infections occurring in pregnant women and children. Since the collaboration began with Cornell in 2011, our fellows and students have conducted research on topics such as tuberculosis in pregnancy and dengue virus. BJGMC is currently conducting multiple trials as part of the NIH-sponsored International Maternal Pediatric Adolescent AIDS Trials Group (IMPAACT) and AIDS Clinical Trials Group (ACTG).

In 2006, a formal affiliation was established between WCMC and the Weill Bugando School of Medicine (WBSM) / Bugando Medical Center (BMC) in Mwanza, Tanzania. BMC is a 900-bed tertiary care center serving a population of 13 million Tanzanians. WBSM admits approximately 150 medical students per class, per year. The goal of the Weill Cornell collaboration is to aid in the development of the WBSM/BMC infrastructure and training programs by the exchange of faculty, fellows, residents and students. Long-term goals include creation of a platform for self-sustaining research programs and clinical knowledge transfer. WCMC rotates approximately 40 senior teaching residents and fellows in medicine, pediatrics, surgery, and obstetrics and gynecology to Tanzania, and brings 10 Tanzanian physicians to New York for clinical and research training. Active areas of research are HIV/AIDS, schistosomiasis, sexually transmitted infections, tuberculosis, and non-communicable diseases such as hypertension.

Find a Physician Ways to Give Contact Us Events