Home > Dr. Kahaleh and Team Honored with a 2016 Plenary Session Award from the ASGE for STER

Dr. Kahaleh and Team Honored with a 2016 Plenary Session Award from the ASGE for STER 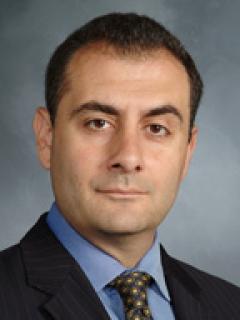 At the forefront of noninvasive procedures for GI conditions, Dr. Michel Kahaleh and his team from the Division of Gastroenterology and Hepatology have received a 2016 Video Plenary Session Award from the ASGE. This award was given in appreciation of their outstanding work utilizing a procedure known as STER (submucosal tunneling endoscopic resection) for the treatment of gastrointestinal submucosal tumors.

Over the past several years, Dr. Kahaleh has been leading an effort in his division using a noninvasive procedure called POEM (peroral endoscopic myotomy), for the treatment of achalasia (incomplete lower esophageal sphincter relaxation). The team's success with this endoscopic procedure has helped to lay the groundwork for their current use of STER.

STER is a newly developed treatment being used in the United States for the removal of tumors from the esophagus as well as gastric lesions. As with POEM, patients are spared invasive incisions and prolonged recovery time in the hospital. "We are excited to be using STER at Weill Cornell Medicine because of its beneficial outcomes for our patients. Removal of a cancerous tumor via STER cannot only save a life, but spares patients from undue suffering from what would have otherwise been an invasive incision," says Dr. Kahaleh. 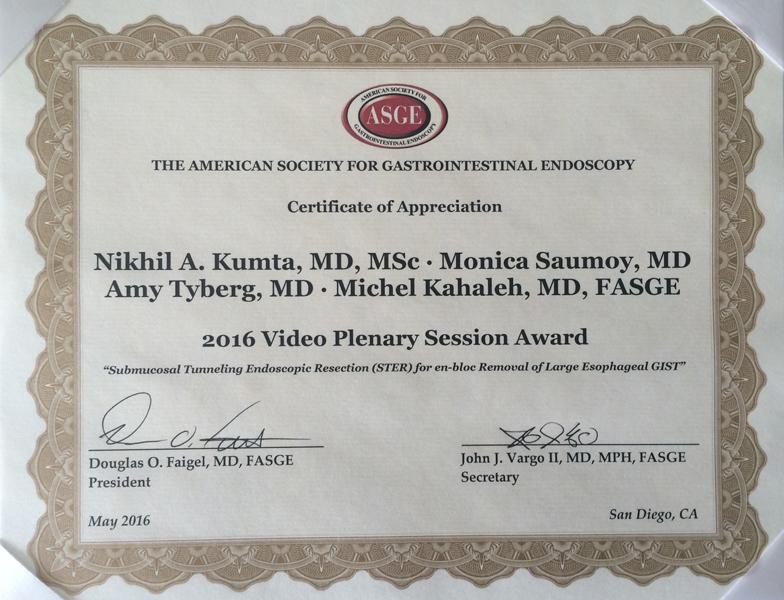 Dr. Kahaleh serves as the Chief of Endoscopy at Weill Cornell Medicine and is a Professor of Medicine in the Weill Department of Medicine. His co-recipients of the ASGE's 2016 Video Plenary Session Award include Drs. Nikhil A. Kumta, Monica Saumoy, and Amy Tyberg. The team's winning video was part of the American Society of Gastrointestinal Endoscopy's Video Plenary Session held during Digestive Disease Week (DDW) in May of 2016. The ASGE selects "dynamic and engaging videos from around the world" that are focused on "challenging or interesting endoscopic cases".

Dr. Kahaleh and colleagues will be teaching at the Fifth Annual Peter D. Stevens Course on Innovations in Digestive Care, April 27-28, 2017, at Columbia University.