A world-renowned leader in the field of molecular cardiology, Dr. Cam Patterson has received the prestigious 2015 Distinguished Scientist Award from the American College of Cardiology (ACC). The award, which recognizes major contributions to the advancement of scientific knowledge, was presented to Dr. Patterson at the College's 64th Annual Scientific Session. 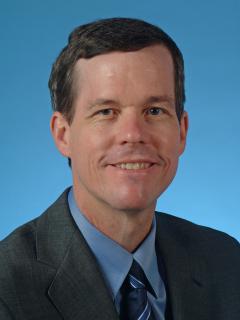 Dr. Patterson, a Professor of Medicine in the Weill Department of Medicine (WDOM), is the newly recruited Senior Vice President & Chief Operating Officer at NewYork-Presbyterian/Weill Cornell Medical Center. Before joining NewYork-Presbyterian/Weill Cornell Medicine, he served at the University of North Carolina (UNC) as Chief of Cardiology, Founding Director of the UNC McAllister Heart Institute, Founding Director of the Office of Medical Student Research, Director of the Short-term Research Training Program for Medical Students (NIH-funded), and Co-Director of the Medical Student Research Scholars Program (NIH-funded). He created and guided UNC's "first ever" joint M.D./M.B.A. program for medical students.

With more than 300 published papers in the peer-reviewed journals, Dr. Patterson is credited with fundamentally transforming the way in which the scientific community views cardiology research, specifically in regard to "protein folding" as a mechanism. His research elucidated protein turnover in cardiovascular disease with a focus on the biological role of protein homeostasis, from chaperon functions to regulation by the ubiquitination degradation system. He has received long-standing funding and numerous awards from the NIH, including the National Research Service Award, the Clinical Investigator Award, the NCI IDEA Award for Commercial Innovation, and the NHLBI Merit Award.

A member of the American Society for Clinical Investigation (ASCI) and a fellow of the International Society for Heart Research, Dr. Patterson obtained his M.D., Alpha Omega Alpha, from Emory University School of Medicine and he holds an M.B.A. from the UNC Kenan-Flagler School of Business.

Upon receiving the 2015 Distinguished Scientist Award, Dr. Patterson stated, "It is an honor to be included among the previous recipients of this award. This is a testament to all of my trainees, who deserve equal credit for the work that forms the basis for this recognition."