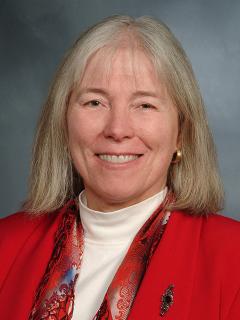 Dr. Monika Safford, Chief, Division of General Internal Medicine, WDOM, has received a new R01 grant in the amount of $7.9 million from the National Heart Lung and Blood Institute that will extend funding in support of her REasons for Geographic and Racial Differences in Stroke – Myocardial Infarction (REGARDS-MI) research program.

The REGARDS-MI study is an ancillary study to the large national REGARDS cohort study based at the University of Alabama at Birmingham (UAB). This new award represents the 4th cycle of funding for this project, extending support through July 2026. With a focus on structural racism, the grant will support both scientific aims and early-stage investigator training. Structural racism, widely recognized as a major contributor to health disparities, has been studied in only 1% of published scientific work. The novelty and value of this project was recognized during the peer review process; fellow scientists scored the grant proposal at the first percentile.

Dr. Safford’s program brings together scientists from WCM, UAB, and Duke University to explore the role of structural racism in Black-White coronary heart disease (CHD) and heart failure (HF) disparities that persist in the US despite decades of research and national public health campaigns. Few past studies have examined both structural racism and intermediary SDH in the World Health Organization’s Commission on SDH conceptual framework in a longitudinal national sample with rigorously adjudicated CHD and HF endpoints. Taking a life course perspective, Dr. Safford’s new research will address this gap.

A second focus of research will be a novel concept that is gaining traction in the geriatric research community called “reserve and resilience.” Dr. Safford explains, “Especially in older adults, resilience is the ability to recover after the stress of an acute health event that requires hospitalization, such as a heart attack or stroke, and it is an important patient-centered outcome. The age of the REGARDS cohort makes this a particularly compelling setting in which to study this concept. Lifestyle, social support, and SDH all likely play a role, but this is a virtually unstudied topic, especially through the lens of health equity. We propose a series of studies to fill these gaps, while also providing rigorously adjudicated CHD and HF events and causes of death to a host of investigators outside our group - to date, over 500 have used our data. We are building on our mentoring track record to include a formal year-long career development program for early-stage investigators, especially underrepresented minorities.”

The WDOM congratulates Dr. Safford and her team, which includes several WDOM and Population Health Sciences investigators, on receiving this new grant from the NHLBI and looks forward to future advances stemming from this project.