Home > Elder Abuse Cannot be Treated in a Silo

Elder Abuse Cannot be Treated in a Silo 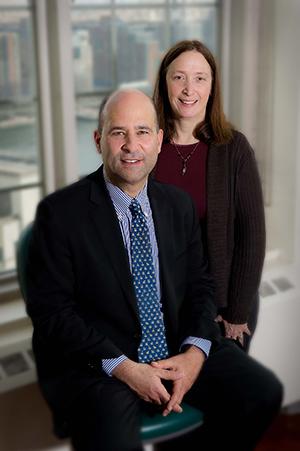 On October 11, 2012, Dr. Mark Lachs testified in Washington, D.C., providing recommendations to the Elder Justice Coordinating Council on HIPAA and IRB issues related to the investigation of elder abuse. As the phenomena of elder abuse traverses many health and social welfare systems, Dr. Lachs explained, "Elder abuse cannot be treated in a silo." He described the challenges faced by elder abuse researchers under HIPAA and IRB guidelines.

In 2009, Dr. Lachs was named Director of the first elder abuse center in the New York area, the NYC Elder Abuse Center (NYCEAC), which was the result of a longtime collaboration between several colleagues at Weill Cornell, Cornell University (Ithaca), and many NYC government organizations and community agencies. Since that time, he has frequently testified in Washington, D.C. as part of his proactive effort to strengthen protection for the elder population of America.

Coinciding with Dr. Lachs' presentation, HHS Secretary Kathleen Sebelius announced that the New York State Office for the Aging received an HSS elder abuse prevention grant. NYCEAC is a key partner on the NYS project. Risa Breckman, LCSW, Deputy Director of NYCEAC states, "Elder justice is fundamentally a human rights issue as freedom from fear and personal safety is at its core. With this funding, we can help restore health and security to victimized older adults and prevent abuse from happening to others."

The goal is to pilot an intervention that prevents financial exploitation and elder abuse by bringing together entities with resources and skills to form a coordinated E-MDT that will provide improved and effective systems collaboration and specialized responses, resulting in restored safety and security to older adults. The study will focus on frail adults aged 60 and older residing in the pilot sites, showing financial exploitation signs, and who have high risk elder abuse victimization characteristics.

In his recent testimony, Dr. Lachs listed six recommendations to the Elder Justice Coordinating Council which he believes will empower a dedicated, multidisciplinary group of individuals working to protect a vulnerable population: