Dr. Joseph Fins has been named as the first endowed chair for the E. William Davis, Jr., M.D. Professorship in Medical Ethics. A thought leader in medical ethics, a scholarly researcher, a superb physician and teacher, and an accomplished administrator, his career has remained on an upward trajectory as he consistently exemplifies the highest level of ethical standards in medicine. Dr. Davis was one of Dr. Fins' mentors, and both have played instrumental roles in paving the foundation for medical ethics to thrive at New-York Presbyterian/Weill Cornell. 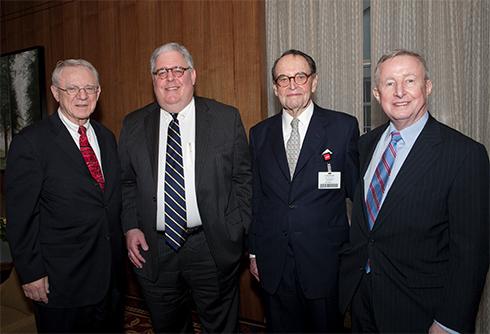 Known for his keen vision, Dr. Davis advocated to establish an ethics committee many years ago. Dr. Fins was asked to lead that committee, and today, he serves as Director of Medical Ethics at NewYork-Presbyterian/Weill Cornell. He is recognized nationally and internationally for pursuing translational work that is bridging the disciplines of medicine in response to the ethical implications of medical progress. He is a Professor of Medicine (with Tenure), Public Health, and Medicine in Psychiatry, as well as the Chief of the Division of Medical Ethics and an Attending Physician. Under his leadership over the past decade, the Division of Medical Ethics has grown to include 22 faculty members. 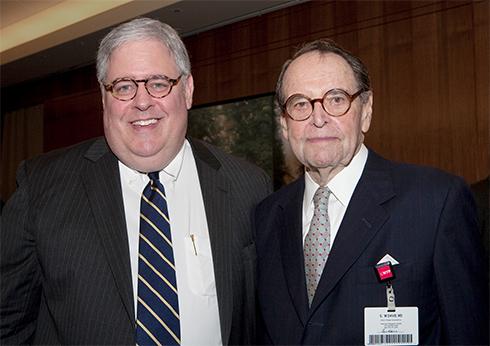 Dr. Fins is a nationally and internationally preeminent scholar in medical ethics and will assume the presidency of the American Society for Bioethics and Humanities in the Fall of 2011. A prolific writer, Dr. Fins has more than 200 publications and is the author of A Palliative Ethic of Care: Clinical Wisdom at Life's End (Jones and Bartlett, 2006) A co-author of the landmark 2007 Nature paper describing the first use of deep brain stimulation in the minimally conscious state, he is currently working on a book on neuroethics and severe brain injury under contract with Cambridge University Press. His work has been supported by numerous competitive grants including a Robert Wood Johnson Foundation Investigator Award in Health Policy Research, a Soros Open Society Institute Project on Death in America Faculty Scholars Award, a Woodrow Wilson National Fellowship Foundation Visiting Fellowship and awards from the Dana and Buster Foundations.

Dr. Fins was appointed by President Clinton to The White House Commission on Complementary and Alternative Medicine Policy and currently serves on The New York State Task Force on Life and the Law by gubernatorial appointment. A Fellow of the Hastings Center, the American College of Physicians and a member of the American Clinical and Climatological Association, Dr. Fins was elected to the Institute of Medicine of the National Academies in 2010.

Dr. Davis is Vice President for Medical Affairs Emeritus at NewYork-Presbyterian Hospital. He has been a Professor of Clinical Obstetrics and Gynecology at Weill Cornell Medical College and a physician at New York Hospital and its successor, NewYork-Presbyterian/Weill Cornell since 1968 and was appointed Director of Quality Assurance at NewYork-Presbyterian in 1985. He graduated from Wesleyan University and Cornell University Medical College. He completed his residency at New York Hospital and was certified by the American Board of Obstetrics and Gynecology in 1959. Dr. Davis has served as the Director of the Society for the Prevention of Cruelty to Children and the Animal Medical Center and is on the Board of Trustees for Gracie Square Hospital and the International Center for the Disabled. He is Vice President Emeritus of Shelburne Museum in Vermont. Dr. Davis has had a private practice of obstetrics and gynecology in New York City and has been known to many for his wonderful family, and as a beloved physician, colleague, mentor, and friend.