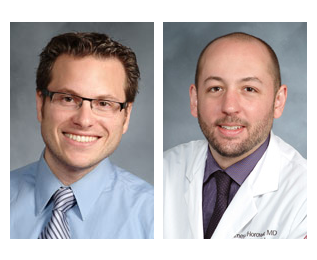 Drs. Oren A. Friedman and James M. Horowitz, Division of Pulmonary-Critical Care and Cardiology respectively, have recently published a paper in Endovascular Today (July 2013) on building a pulmonary embolism multidisciplinary team. The new PEAC, or Pulmonary Embolism Advanced Care team, is emerging at NYP/WC due to their efforts and Drs. Akhi Sista of interventional radiology and Arash Salemi of cardiothoracic surgery. The paper discusses the evolution of treatments for pulmonary embolism (PE), a feared diagnosis that causes 300,000 deaths each year in the United States.

Historically, PEs have been treated with anticoagulants like heparin. The alternatives, namely lytics or surgical embolectomy, have been used sparingly because of high major bleeding rates and anatomical limitations respectively. The Endovascular Today paper discusses newer catheter based procedures, such as catheter-directed lysis, in which a catheter is placed into the thrombus (or even bilateral thrombi), through which TPA is slowly dripped directly into the clot(s) over 24 hours. This treatment has a potentially better safety profile than systemically injected TPA because of the lower dose and longer infusion time. It also discusses the resurgence of surgical embolectomy, which in the proper circumstances can be life saving. The article stresses the importance of assembling a multidisciplinary acute care PE team that quickly triages patients with massive or submassive PEs who might need treatment escalation and coordinates the necessary subspecialties.

The PEAC team has recently joined the PERFECT registry (Pulmonary Embolism Response to Fragmentation, Embolectomy & Catheter Thrombolysis) based in Stanford University, and is planning on creating its own registry here at NYPH.

To inform their colleagues of the purpose and presence of the PEAC team efforts, Drs. Horowitz and Friedman have arranged lectures with the Department of Medicine's internal medicine house staff, the Department of Emergency Medicine, critical care attending physicians, and anesthesiologists. There is also a newly created 24 hour PEAC pager (Page 1CLOT or 12568). The PEAC team meets monthly to review cases and adjust algorithms for patient care. 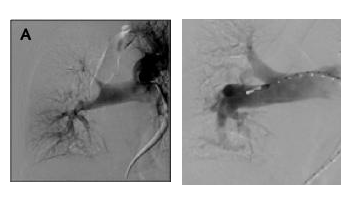