Home > Pulmonary Celebrates the Career of Dr. King and Announces a New Fund to Continue his Legacy

Pulmonary Celebrates the Career of Dr. King and Announces a New Fund to Continue his Legacy 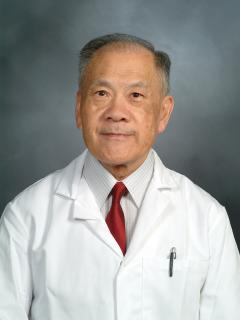 On October 2, 2019, the Division of Pulmonary and Critical Care Medicine celebrated the life and career of one of their own, Dr. Thomas K.C. King. A tribute to Dr. King’s legacy was held at the Griffis Faculty Club as part of the division’s Briscoe-King Lung Club. The event commenced with opening remarks by Dr. Fernando J. Martinez, Division Chief, and Dr. Augustine M.K. Choi, the Stephen and Suzanne Weiss Dean of Weill Cornell Medicine, and was attended by members of Dr. King’s family, his friends, colleagues, and many trainees.

Dr. King, who had served on the clinical faculty of the Division of Pulmonary and Critical Care Medicine from 1970 to 2017, passed away on Saturday, May 25, 2019. Three speakers at the event - Drs. James P. Smith, Daniel Libby, and Neil Schluger – provided background on Dr. King’s life, which exemplified extraordinary dedication to the field of medicine, and to his patients, trainees, and family. They noted that he was an “impactful classical physiologist” and a “brilliant teacher for half a century.” Dr. King had taught countless medical students, residents, and fellows over the decades, and the event was filled with appreciative trainees and junior faculty. In addition to his years of service at Weill Cornell Medicine, it was also mentioned that Dr. King was an “enduring force” at the Hospital for Special Surgery, where he had worked on idiopathic scoliosis and risk assessment and prevention in high risk surgery.

After colleagues and trainees exchanged memories of Dr. King’s legacy, the Briscoe-King Lung Club proceeded with presentations. The presentations, which chart state-of-the-art advances in research, were given by pulmonary/critical care investigators from academic institutions and teaching hospitals in the New York metropolitan area. Formerly known as the Briscoe Lung Club, the club was recently renamed the Briscoe-King Lung Club in Dr. King’s honor.

As the event came to a close, Dr. Martinez announced a vital new fundraising initiative - the Thomas K.C. King, M.D. Pulmonary Fellow Research Fund – which is to be funded by Dr. and Mrs. King in the amount of $1.2 million. Thanks to the generous contributions of Dr. King’s family, friends, and peers, the fund will continue to grow and will benefit future generations of trainees in the field of pulmonary medicine for many years to come.

If you would like further information on making a donation to the Thomas K.C. King, M.D. Pulmonary Fellow Research Fund, please contact Amalia Delicari at amd4003@med.cornell.edu. 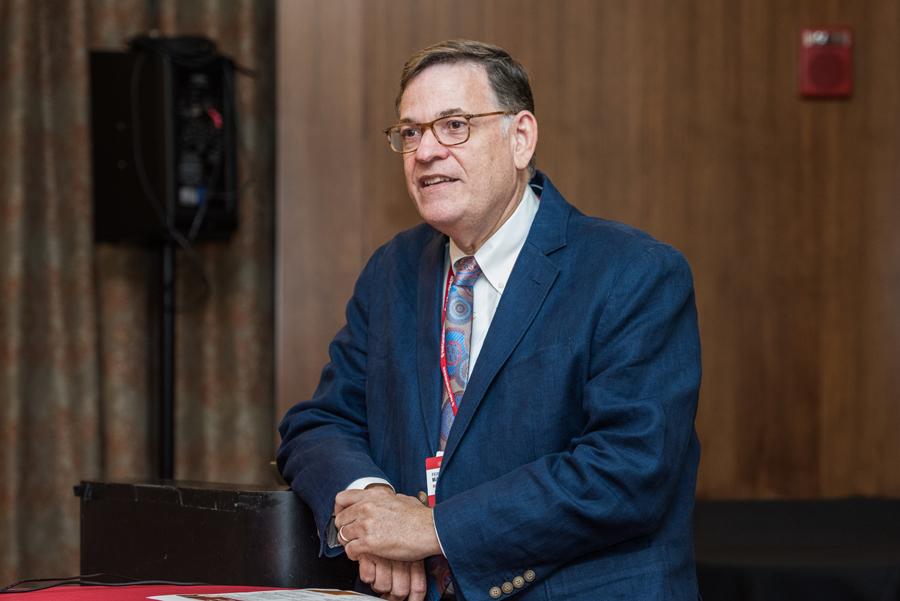 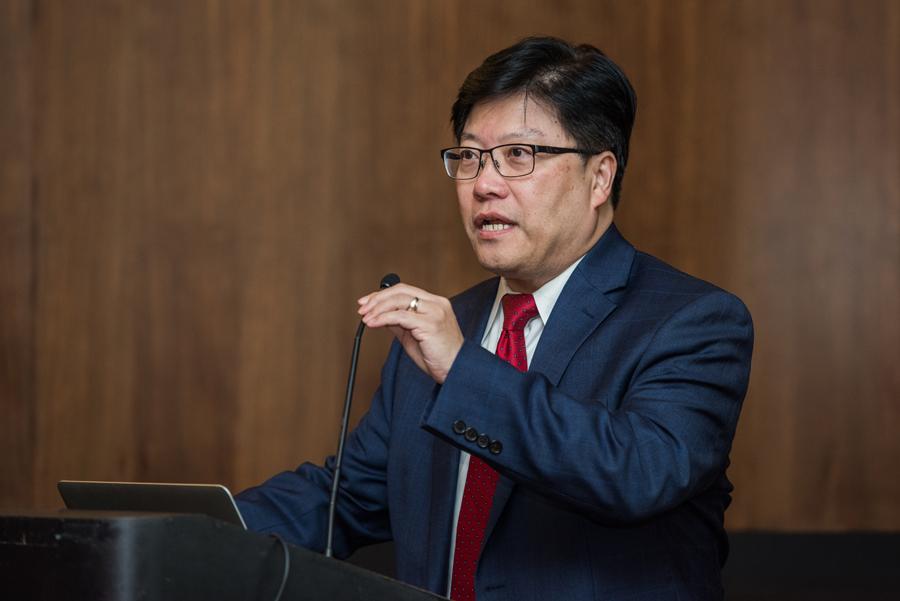 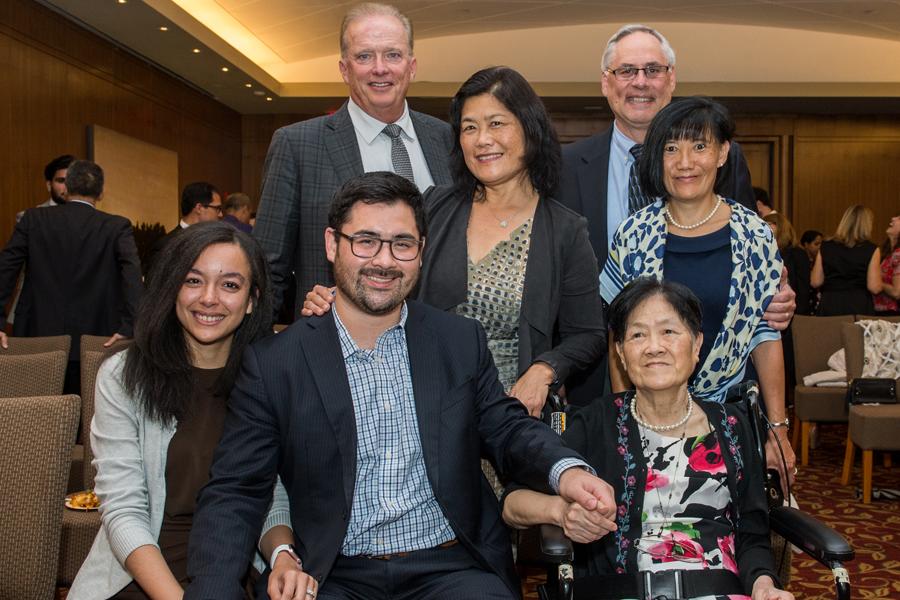 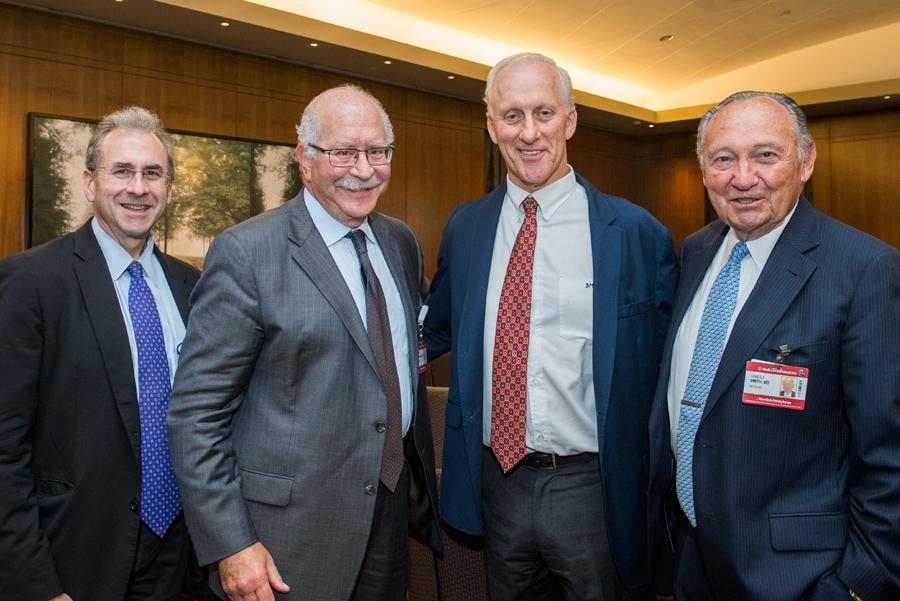 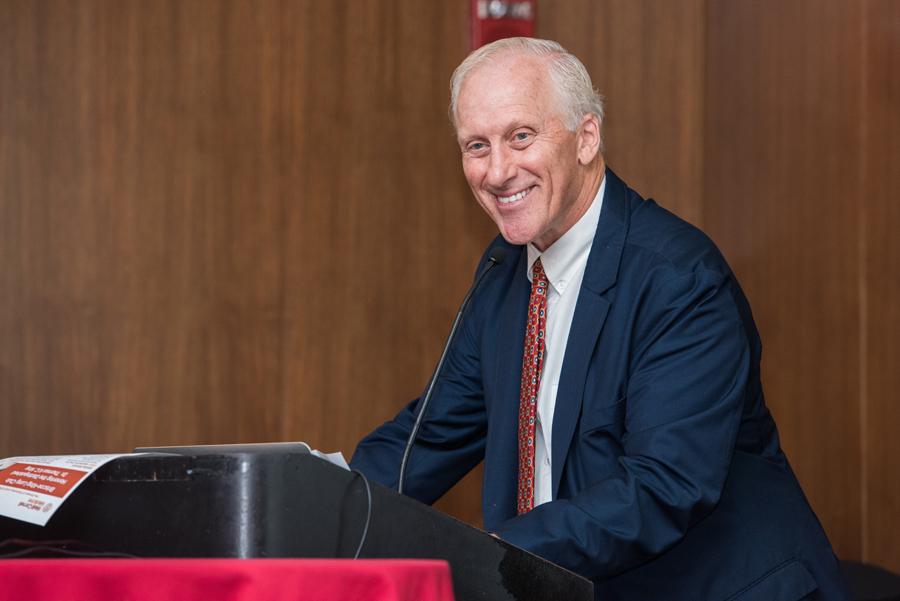 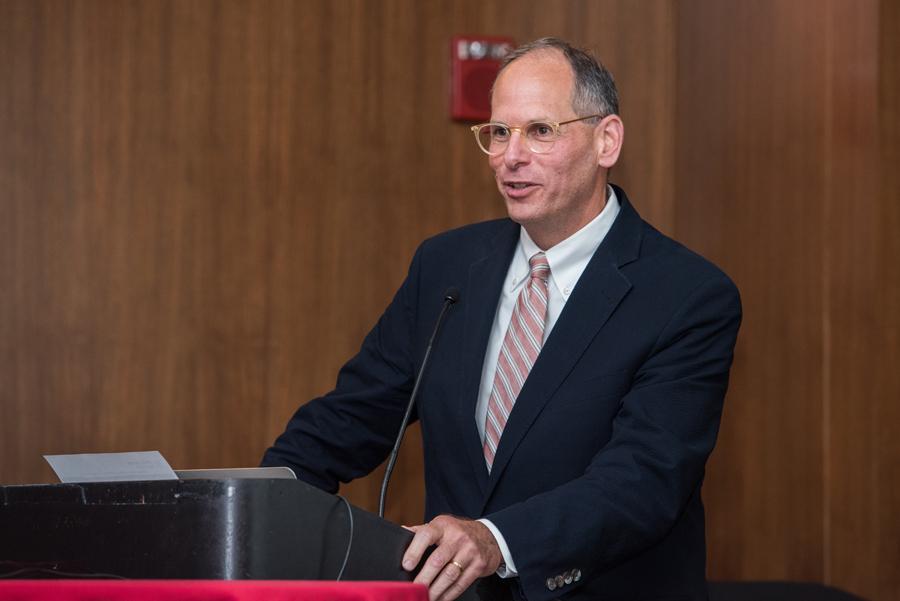 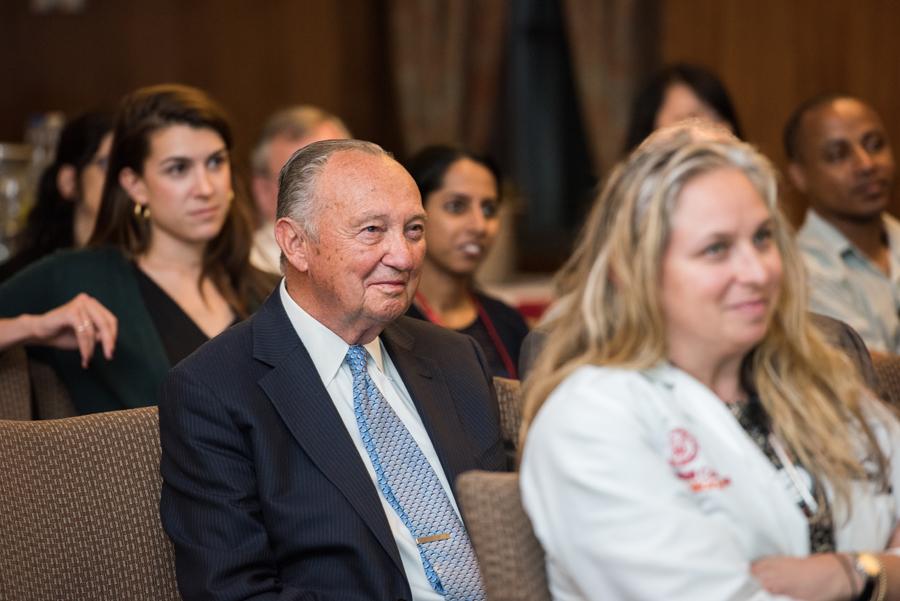 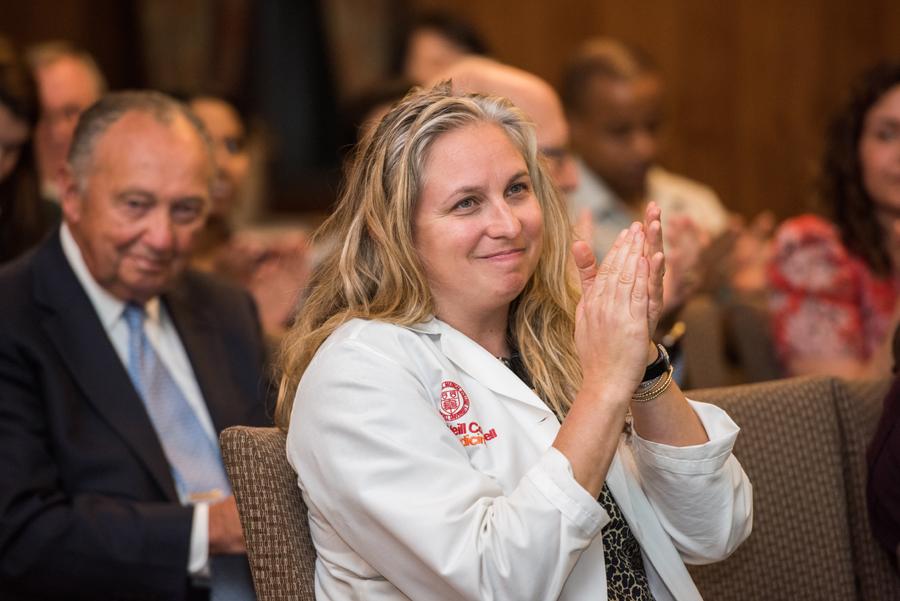 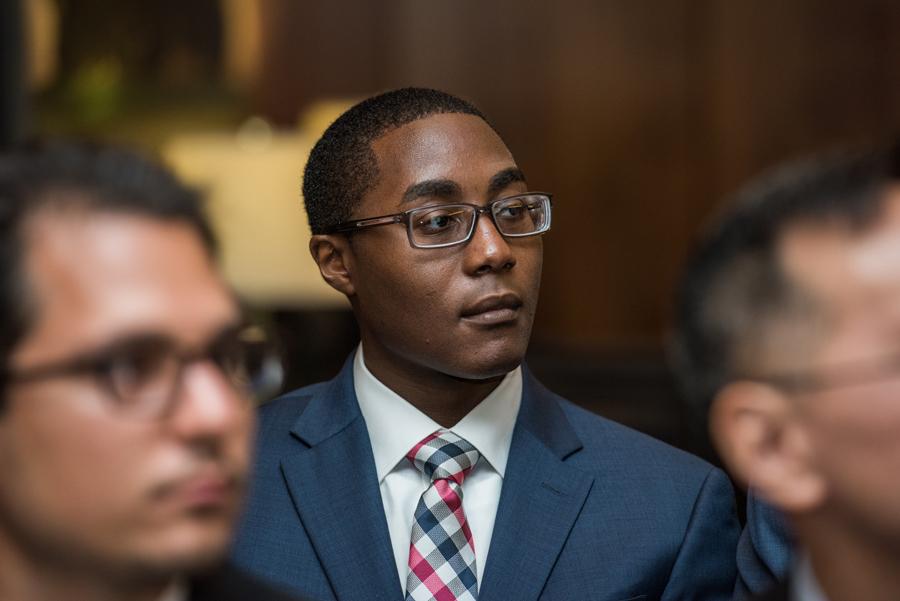 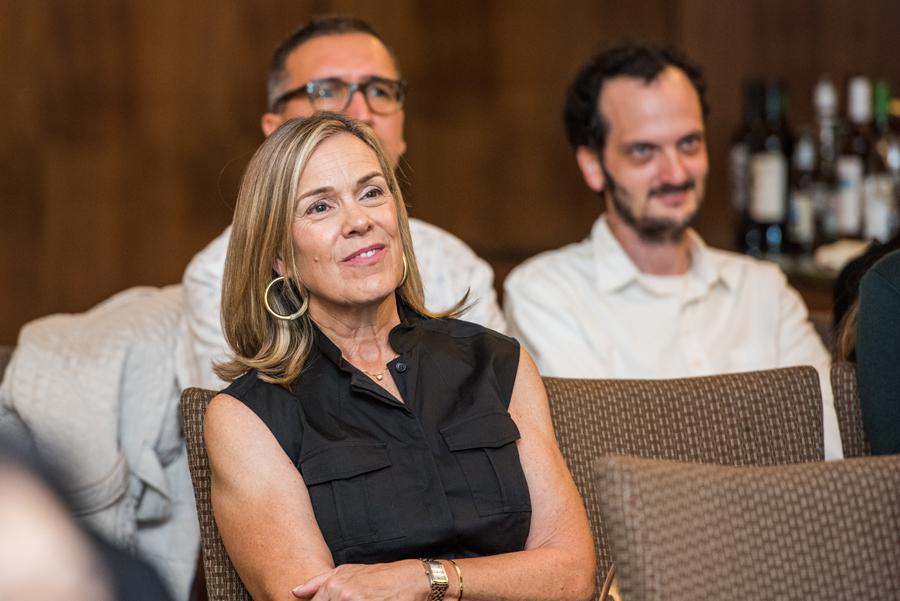 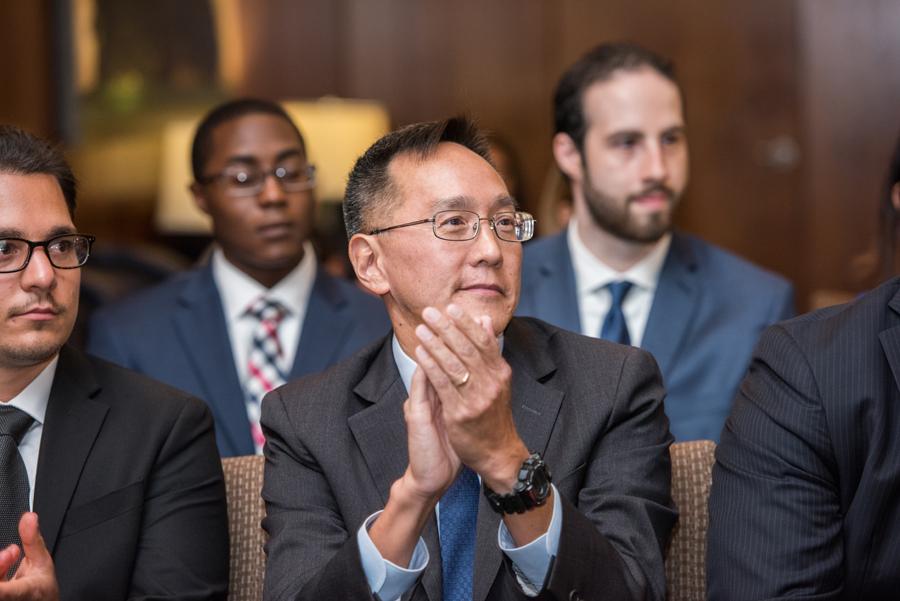 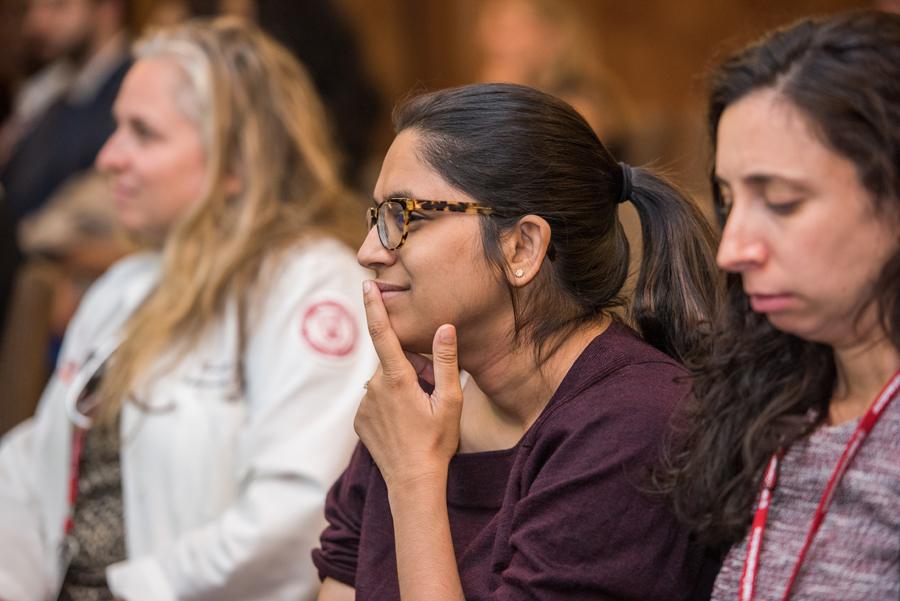 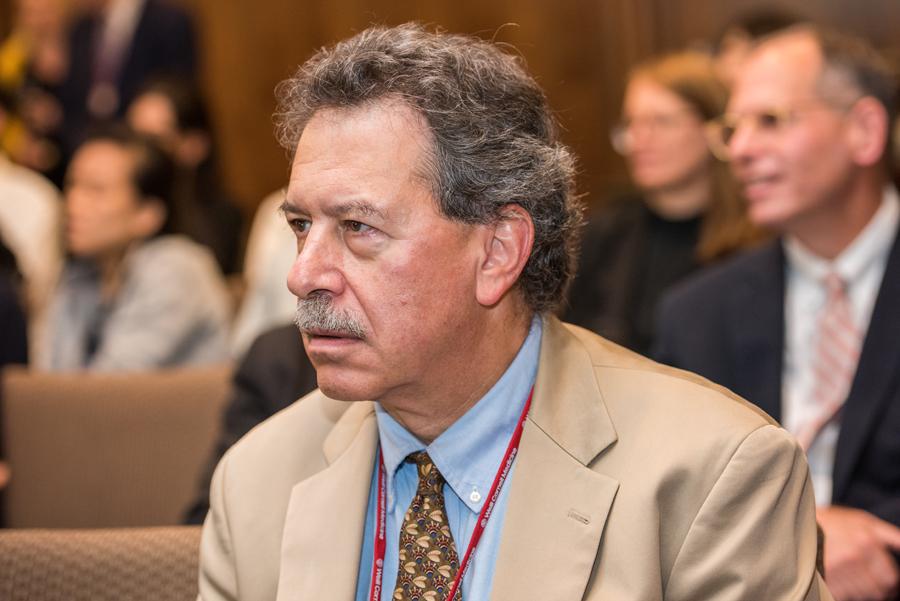 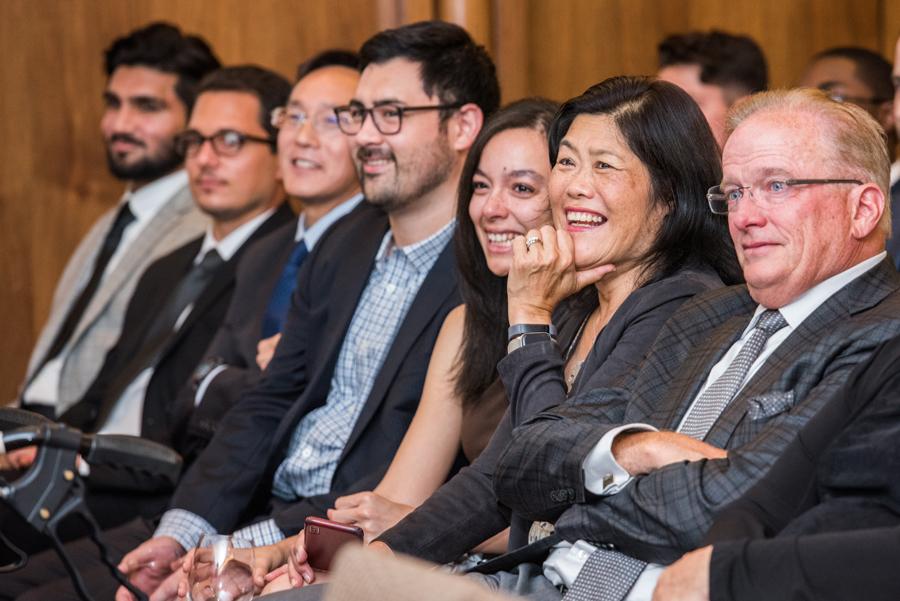 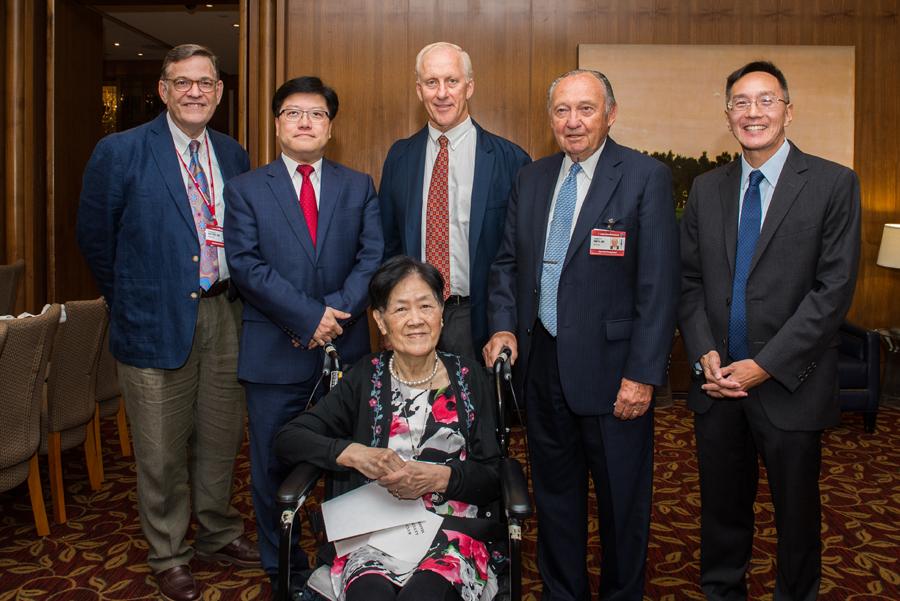 Dr. Thomas K.C. King served on the clinical faculty of the Division of Pulmonary and Critical Care Medicine from 1970 to 2017. A Professor of Clinical Medicine, he trained residents and fellows in the Medical Intensive Care Unit, Step-down Unit, and in outpatient practices. King received Weill Cornell’s Elliot Hochstein Award for Teaching in recognition of his outstanding dedication to the education of medical students. Dr. King also served as Interim Chief of Pulmonary and Critical Care Medicine twice (1982-1985 and 1991-1993). As an investigator, he made significant contributions to pulmonary research with studies that have provided insight on the basic principles of respiratory physiology and pathophysiology. Dr. King was President of the New York Trudeau Society (now the New York State Thoracic Society), the American Chinese Medical Society, and he formed the Briscoe Lung Club, New York, which has been renamed the Briscoe-King Lung Club in his honor. Dr. King obtained his M.D. from the University of Edinburgh. His initial training was at Queens University and Royal Victoria Hospital in Belfast, UK. In 1965, he came to the U.S. as an Eli Lilly International Fellow in the cardio-pulmonary laboratory of the Columbia University Division of Bellevue Hospital and stayed on as a Fellow of the Polachek Foundation in the same laboratory. He was also a Nuffield Foundation Research Fellow in the Department of Social and Occupational Medicine at the Welsh National School of Medicine in Cardiff, UK.