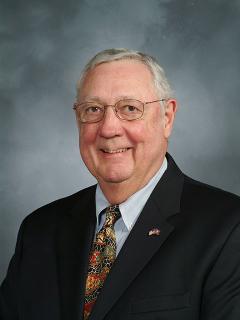 Former Division Chief of Infectious Diseases and founding Director of the Center for Global Health, Dr. Warren D. Johnson, Jr., is being celebrated on December 13, 2022, in honor of his 60 years of distinguished service as a physician, investigator, scholar, educator, and pioneer on the world stage.

Dr. Johnson’s many years of leadership are legendary. He has mentored faculty and investigators working on some of the most virulent infectious diseases that exist around the world, from HIV/AIDS to malaria, hepatitis, leptospirosis, schistosomiasis, tuberculosis, leishmaniasis, and cryptosporidiosis. His endeavors over the past six decades have played a major role in expanding the medical college’s impact including research, training and patient care in countries such as Brazil, Haiti, Tanzania, India, and Uganda. He also launched and directed the Weill Cornell Center for Global Health which has expanded research, training, and service into the areas of global women’s health and cardiovascular disease.

Dr. Johnson’s pioneering efforts helped to garner the college’s stellar reputation nationally and internationally, and his critical work has furthered a long tradition of global excellence that traces its roots back to the first school of public health established by the two late Cornell physicians, Drs. Wilson G. Smillie and B.H. Kean. As the B. H. Kean Professor of Tropical Medicine, Dr. Johnson has remained at the forefront of breakthrough advances in global health, having mentored countless trainees including Dr. Daniel Fitzgerald, Professor of Medicine and current Director of the Center for Global Health, Weill Cornell Medicine, and Dr. Jean Pape, who leads the GHESKIO Centers in Port-au-Prince, Haiti. Interestingly, in l980, Dr. Pape asked Dr. Johnson, on one of Dr. Johnson’s trips abroad, to examine several of Dr. Pape’s patients, who were wasting away from parasitic diarrhea. The examination of these patients alerted both doctors to a new disease, beginning ongoing years of investigation during which time the scourge was identified as AIDS.