Dr. Melnick and Team Identify a Gene Critical in B Cell Immune Response

Dr. Ari Melnick and team have published a breakthrough finding in Nature Immunology (January 2021) that has identified Smc3 as a critical gene in the development of the body’s immune response (B cells). 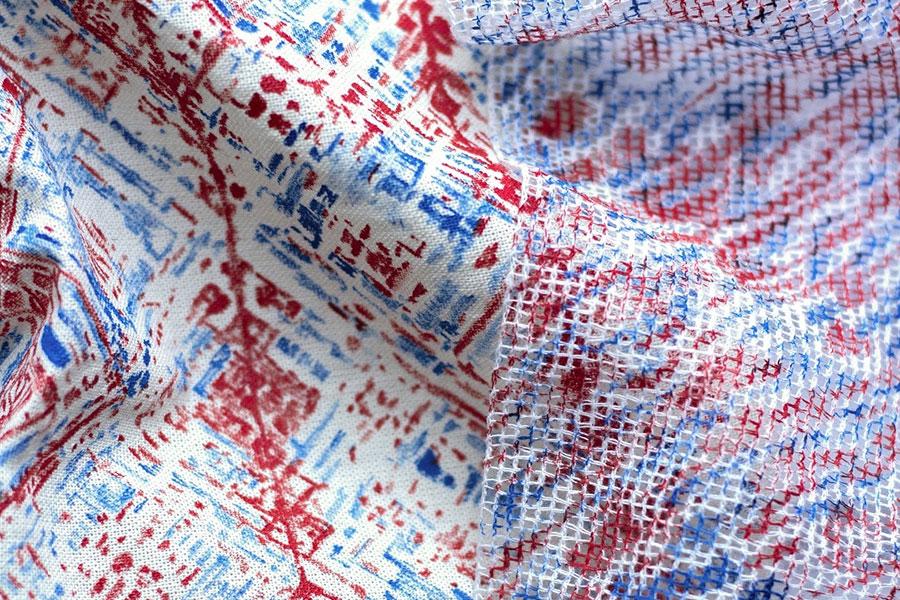 The two canvases represent the genome as folded in cells with normal (left) or reduced levels of Smc3 (right). The normal canvas is highly structured and functional, while the other canvas has lost its pattern and has open threads. Artist: Victoria Béguelin.

Immune cells called B cells need to change the arrangement of their chromosomes in order to create antibodies that fight infection. Dr. Melnick and colleagues have found that much of this response is dependent on the gene Smc3 (part of a group of proteins called the cohesion complex). Specifically, the researchers have determined that disruption of Smc3 affects the 3D architecture of the B cell immune response and can lead to improper cell development and to cancer. Smc3 mutations are found in some human cancers, and lower levels of the SMC3 protein in immune system tumors are associated with more aggressive disease.

Dr. Melnick explains that disruptions in the motor functions of the SMC3 protein and loss of function of the cohesin complex make cells more prone to becoming malignant. “The cells appear to be affected in such a way that they are more likely to divide and mutate, since they become stuck in an intermediate stage of development prone to developing mutations,” says Dr. Melnick. “We still know very little about these 3-D mechanisms. There are important implications not only for cancer, but for biology in general. I can’t imagine that this process is not critical to every single cell in our bodies.”