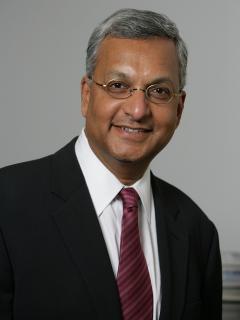 Dr. Suthanthiran will be presented with The Medawar Prize at the TTS 2022 President's Plenary Session held on September 14, 2022 in Buenos Aires, Argentina. As noted by TTS, The Medawar Prize is considered to be the world's highest dedicated award for the most outstanding contributions in the field of transplantation. The award recognizes investigators whose contributions have had a profound influence on the field of organ transplantation.

Under Dr. Suthanthiran’s direction over the past three decades, the WDOM’s Division of Nephrology and Hypertension has achieved national and international regard as a premier leader in kidney disease earning consistently stellar one-year patient survival and graft rates. Dr. Suthanthiran directs an NIH-funded world-renowned Laboratory of Immunogenetics and Transplantation that has generated numerous seminal advances in kidney transplantation. Dr. Suthanthiran’s lab developed gene expression profiling for the noninvasive diagnosis and prognostication of acute rejection in renal allografts, as well as landmark discoveries in organ transplantation on elucidation of the genetic signature of rejection and tolerance. A recipient of the NIH MERIT Award, Dr. Suthanthiran’s translational research has been NIH-funded continuously for 30-plus years. Dr. Suthanthiran is also the recipient of the Jean Hamburger Award, the highest honor bestowed by the International Society of Nephrology.

"In many ways, these types of awards are a recognition of the excellence of the exceptional team we have at NewYork-Presbyterian/Weill Cornell Medical Center,” says Dr. Suthanthiran.

The WDOM congratulates Dr. Suthanthiran on receiving The Medawar Prize in recognition of his remarkable accomplishments in the field of transplantation.