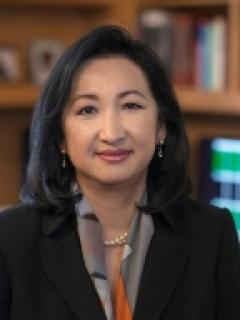 Dr. Mary Choi, Professor of Medicine, Division of Nephrology and Hypertension, has received a grant from the National Heart, Lung, and Blood Institute of the National Institutes of Health, one of only three awarded nationally this year. Along with her husband, Dr. Augustine M.K. Choi, Dean and Provost, WCM, the investigative team will serve as co-principal investigators on this new grant providing $2.1 million over four years. The team has discovered that the RIPK3 gene, which regulates a programmed cell death pathway called necroptosis, is responsible for fibrosis formation and progression that is seen in chronic kidney diseases and end-stage lung disease leading ultimately to organ failure. In this newly funded project, Drs. Choi will examine the mechanisms by which RIPK3 regulates kidney and lung fibrosis, as well as seek to uncover new biomarkers and molecular targets that can be utilized for diagnosis and treatment.