The Weill Department of Medicine has had five of its faculty elected as members of the Association of American Physicians (AAP) as determined by the AAP's Council: Dr. Carl Blobel, Dr. Lionel Ivashkiv, Dr. Fernando Martinez, Dr. Ari Melnick, and Dr. Thomas Walsh. Membership to the AAP is a coveted honor and reflects remarkable dedication to the advancement of scientific and practical medicine. Founded in 1885 as a non-profit professional organization, the AAP has some 1,300 active members and 600 honorary members. 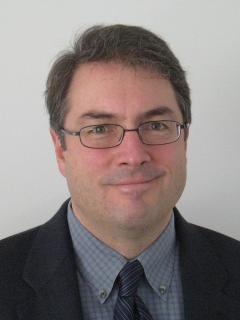 Dr. Carl Blobel is a Professor of Medicine in the Division of Rheumatology and of Physiology, Biophysics and Systems Biology at Weill Cornell Medical College. He is also the Chairman of the Arthritis and Tissue Degeneration Program at the Hospital for Special Surgery (HSS), where he holds the V.F. and W.R. Salomon Endowed Chair in Musculoskeletal Research. He received his MD from the Justus-Liebig University in Giessen, Germany and a PhD in Biochemistry from the University of California, San Francisco. Dr. Blobel joined the faculty of Weill Cornell Medical College in 1992, when he established his laboratory at the Sloan-Kettering Institute, and has been with the Hospital for Special Surgery since 2004. His research is focused on elucidating the function of cell surface metalloproteinases termed ADAMs (a disintegrin and metalloproteinase) during development and in disease. ADAMs have emerged as critical modulators of cell-cell interactions through their ability to regulate the bioavailability of membrane proteins, such as the pro-inflammatory cytokine TNFα and ligands of the EGF-receptor (EGFR). They are also essential for activating cell surface receptors of the Notch family, which control cell fate decisions during the development of specialized cell types in different tissues, but are also involved in the pathogenesis of cancer. Studies in Dr. Blobel's lab employ a comprehensive combination of biochemical and cell biological approaches and model systems to study human diseases. They have helped to establish ADAM17 as a key regulator of the EGFR signaling pathway, which is essential for maintaining the skin and intestinal barrier, but can cause a variety of human pathologies when it is dysregulated. Dr. Blobel's lab has also pioneered studies on the newly discovered iRhom1 and 2 as crucial upstream regulators of ADAM17-dependent EGFR and TNFα-signaling. The medical relevance of Dr. Blobel's work is high, since it not only helps understand how exactly iRhoms and ADAM17 can promote EGFR-dependent pathologies, such as cancer and TNFα-dependent autoimmune disorders, such as rheumatoid arthritis, but it has also revealed new and attractive potential targets for treatment of these diseases. 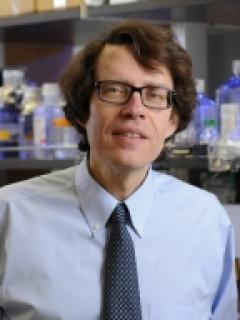 Dr. Lionel Ivashkiv is a Professor of Medicine in the Weill Department of Medicine's Division of Rheumatology, and he holds a primary appointment at the Hospital for Special Surgery where he is Associate Chief Scientific Officer and the David H. Koch Chair in Arthritis Research. He is a premier scientist in cytokine-mediated pathogenic mechanisms in autoimmune, inflammatory and musculoskeletal diseases. His laboratory has made key contributions to understanding signaling and epigenetic mechanisms important in inflammatory responses and the pathogenesis of rheumatoid arthritis (RA), inflammatory osteolysis and systemic lupus erythematosus (SLE), and has identified novel therapeutic targets. As part of a $5.6 million grant from The Tow Foundation to establish an HSS Genomics Center, Dr. Ivashkiv is currently leading the application of genomic approaches to the study of RA and SLE towards developing more effective therapies. Dr. Ivashkiv has published more than 120 papers in peer-reviewed journals and his research has been supported by the NIH for more than two decades. Dr. Ivashkiv is an Elected Member of the American Society for Clinical Investigation and a Member of the Henry Kunkel Society for Human Immunology. He received his MD from Harvard Medical School, completed internal medicine residency training at Bellevue Hospital, a rheumatology fellowship at Brigham and Women's Hospital-Harvard Medical School, and undertook his scientific training in the laboratory of Dr. Laurie Glimcher. 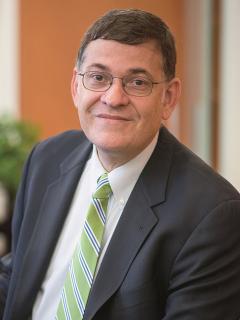 The Gladys and Roland Harriman Professor in Medicine, Dr. Fernando Martinez was recruited to the Department in 2014 to serve as Executive Vice Chairman. He is a premiere translational researcher in chronic lung disease, recognized nationally and internationally for his seminal studies in phenotypic and functional classification, and clinical interventions, in COPD and interstitial lung disease. His research has been funded by the NHLBI/NIH for the past two decades and he has served as principal investigator on numerous NIH grants. Before joining Weill Cornell, Dr. Martinez was a Professor of Medicine at the University of Michigan and served in multiple high-level management roles, including Associate Chief of Clinical Research, Associate Director of the Bronchoscopy Service, Medical Director of Lung Transplantation, Medical Director of Pulmonary Rehabilitation and Director of CSTA K and mentoring programs for the University of Michigan Health System. He also served as the Medical Director of Pulmonary Diagnostic Services and the Pulmonary Director of the Cough/Dyspnea Clinic. Dr. Martinez received his MD at the University of Florida and completed residency training in Internal Medicine at Beth Israel Hospital/Harvard Medical School and a Pulmonary and Critical Care Medicine Fellowship at Boston University. He received a master's degree in biostatistics and clinical study design at the University of Michigan School of Public Health. He has published more than 300 papers in peer-reviewed journals and has been listed in Best Doctors in America since 2002. 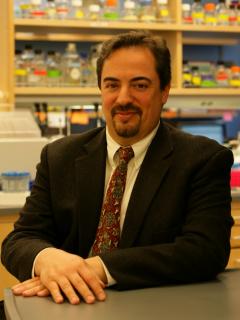 Dr. Ari Melnick, the Gebroe Family Professor of Hematology-Oncology and a world-renowned expert in epigenomics, was recruited to the Division of Hematology and Medical Oncology in 2008. He has been a leader in moving the nascent field of epigenomics into the translational arena for hematologic malignancies. His laboratory has created a virtual arsenal of sophisticated methodologies, including computer mapping, transcriptional analysis, and therapeutic targeting. Dr. Melnick has been pursuing two main avenues of attack on hematological malignancies: one, finding specific biomarkers to determine how tumors work in individual patients as well as identifying those with highest risk for resistant forms of the disease; and two, discovering what basic mechanisms encode instructions that program the specific biological features of these disease processes. The latter has been enabling his group to target a particular tumor more precisely with effectively tailored drugs, and he has published hundreds of related papers in the top tier journals. His innovative development of molecular inhibitors of the oncoproteins BCL6 and MALT1 have provided the basis for promising new drugs for the treatment of leukemias and lymphomas, and the many "firsts" that he and his team have achieved include decoding the key "software" instructions that drive the biology and clinical behavior of hematological malignancies such as acute myeloid leukemias and non-Hodgkin lymphomas. 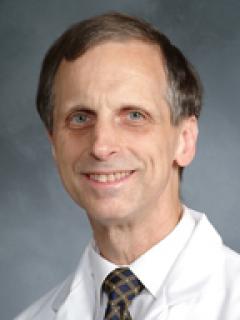 An internationally renowned authority in medical mycology and infections in cancer patients, Dr. Thomas Walsh is a Professor of Medicine in the Division of Infectious Diseases with joint appointments in Pediatrics and Microbiology & Immunology. Following a fellowship at the NIH, he was appointed to Chief of the Immunocompromised Host Section and swiftly became a premier leader in the diagnosis, treatment, and prevention of debilitating and life-threatening infections in immunocompromised children and adults. Known for meticulous study designs spanning in vitro activities of antimicrobial agents, to randomized clinical trials, Dr. Walsh has published more than 750 articles in the top tier medical journals. His research has led to significant changes in the practice of antifungal therapeutics, resulting in significant reductions in mortality due to fungal infections. Among his laboratory's many advancements, they have helped to answer complex questions regarding a 2012 national outbreak involving an obscure fungus, Exserohilum rostratum. Dr. Walsh received his MD, Alpha Omega Alpha, at The Johns Hopkins University School of Medicine. He completed an internship and residency in internal medicine at Michael Reese Hospital and Medical Center in Chicago, as well as a residency in pathology at Johns Hopkins, and fellowships in Infectious Diseases and Oncology at the University of Maryland. Dr. Walsh served as a commissioned officer in the U.S. Public Health Service, and held the rank of Captain from 1998 to 2009. He is the recipient of many teaching awards and is a dedicated humanitarian who has been honored for his work in response to anthrax, 911 and hurricanes Katrina, Rita, and Sandy.

The Weill Department of Medicine congratulates Drs. Blobel, Ivashkiv, Martinez, Melnick and Walsh on the honor of being elected to the Association of American Physicians.