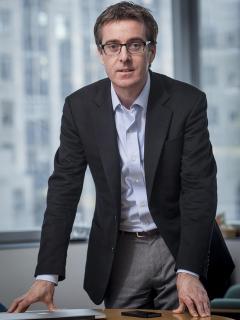 Dr. Artis and team continue to illuminate the role of ILC2s, a family of white blood cells, with a new discovery published in Nature that has resolved an ongoing controversy.

Discovered by multiple groups about 12 years ago, ILC2s, which are present in barrier tissues, play an essential role as sentinels and serve as first responders in fighting various infections. The Artis lab has shown that ILC2s help to protect these tissues from  parasitic infections as well as damage associated with allergic inflammation and asthma. Their study has also demonstrated that although ILC2s have functional similarities to T helper type 2 cells (Th2), Th2 cells cannot adequately compensate for loss of the protective response of ILC2s against parasitic worm infection in the gut and gut inflammation. It had been thought that ILC2s were possibly redundant with other cells in the body, but this finding clarifies that they are not. In addition, the investigators uncovered findings that suggest that a unique set of regulatory networks controlled by neurons in the gut may be viable targets for future drug therapies to combat chronic inflammatory diseases (e.g., asthma, allergy, inflammatory bowel disease).

From a clinical perspective, it was also found that ILC2s in humans respond similarly to those in a mouse model.

“This advances our understanding of the complexity of the immune system, and gives us a potential new set of targets for future therapies,” said study senior author Dr. David Artis, Director of the Jill Roberts Institute for Research in Inflammatory Bowel Disease, Director of the Friedman Center for Nutrition and Inflammation, and the Michael Kors Professor of Immunology at Weill Cornell Medicine.

The study’s co-first author, Dr. Hiroshi Yano, a postdoctoral research associate in the Artis laboratory, noted, “This finding clarifies that ILC2s are playing the major role in this tissue protective response—without them the response is inadequate.”