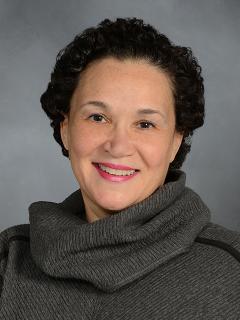 The Division of Geriatrics and Palliative Medicine has announced the appointment of Lisa Rachmuth as Executive Director of the New York City Elder Abuse Center (NYCEAC), a nationally and internationally renowned program devoted to the eradication of elder abuse in collaboration with many governmental and NGO partners.

Since its establishment in 2010, the NYCEAC’s leadership has been housed in the Weill Department of Medicine at Weill Cornell Medicine where faculty have made important contributions to elder abuse research, advocacy, and clinical service.

In her role as Executive Director of the NYCEA, Ms. Rachmuth will oversee a large staff of experts in policy, service, and advocacy. Some of the many projects and programs of the center include: oversight of elder abuse multidisciplinary teams in all five boroughs New York City with funding from the New York City Department for the Aging, administration of the National Center on Elder Abuse with funding by the United States Department of Justice Office of Victim Services, and administration of the elder abuse hotline, which aids families struggling to assist victimized older adults.

Ms. Rachmuth brings a wealth of experience to this role. A graduate of the University of Rochester and the University of Pennsylvania, she currently leads MDT (multidisciplinary teams) expansion efforts locally and nationally at NYCEAC, and previously served as the Director of Clinical Initiatives and Programming for the office of Domestic Violence and Emergency Intervention Services for the City of New York. She is also a teacher and mentor, having served as an Adjunct Professor at the Silverman College of Social Work at Hunter College.

Ms. Rachmuth who will assume the role on January 15, 2020 succeeds Risa Breckman, founder of NYCEAC, a national leader in the field, and a 22-year veteran of the Division of Geriatrics and Palliative Medicine who had served as its Director of Social Work Services.

Dr. Mark Lachs, co-Chief, Division of Geriatrics and Palliative Medicine, WDOM, stated, “Lisa Rachmuth inherits a world-renowned program with an incredible staff that is the culmination of two decades of leadership and vision by a giant in the field, our own Risa Breckman. NYCEAC’s success and WCM’s central role in prevention, detection, and treatment of elder abuse is assured because of the contributions of these remarkable women.”