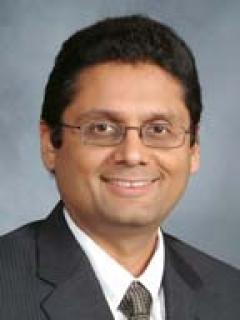 Currently, there are limited treatment options for patients with advanced metastatic esophageal cancer – a cancer that has a survival range of 10 to 12 months. However, Weill Cornell Medicine and NewYork-Presbyterian investigators have yielded promising results from a phase 2 clinical trial that suggest there may be a new and effective therapeutic approach on the horizon.

Published in JAMA (December 20, 2018), the study, led by Dr. Manish Shah, Bartlett Family Associate Professor in Gastrointestinal Oncology, Division of Hematology and Medical Oncology, showed that pembrolizumab (brand name, Keytruda) caused regression of tumors in some patients. Pembrolizumab, which is a monoclonal antibody drug protein (immunotherapy), was administered to patients who had already undergone extensive chemotherapy for advanced esophageal cancer and who, subsequently, had not responded to any other treatment. The trial enrolled 121 patients and regression of esophageal cancer tumors occurred in 10 percent of all patients who received pembrolizumab. Additionally, for those patients who responded well to pembrolizumab, some have had no progression of their cancer for more than a year. Dr. Shah notes that this promising response for advanced esophageal cancer has been “unheard of” until now and he looks forward to continued investigation into which patients can benefit from immunotherapy.

Results from this Merck-funded clinical trial have provided the foundation to petition the U.S. Food and Drug Administration to approve the use of pembrolizumab for esophageal cancer in patients who have not responded to two or more lines of therapy.