The WDOM congratulates four of its physician-scientists who have recently been inducted into top-tier medical societies: Dr. Longman and Dr. Schwartz (ASCI); Dr. Fins and Dr. Rafii (AAP).

Dr. Randy S. Longman and Dr. Robert E. Schwartz, both of the Division of Gastroenterology and Hepatology, were inducted into ASCI (American Society for Clinical Investigation) on April 8, 2022, as part of the AAP/ASCI/APSA Joint Meeting held in Chicago, Illinois. ASCI announced its 95 newly elected members on February 9, 2022, and new members were elected from across 46 different institutions. As stated by ASCI, those physicians who are inducted into ASCI “represent excellence across the breadth of academic medicine.”

On the heels of this news, it was announced on April 10, 2022, that Dr. Joseph J. Fins, Chief, Division of Medical Ethics, and Dr. Shahin Rafii, Chief, Division of Regenerative Medicine, were inducted into the AAP (Association of American Physicians). Founded in 1885, the AAP is devoted to “the advancement of scientific and practical medicine.” Election to the AAP is an honor extended to physicians with outstanding credentials in basic or translational biomedical research and is limited to 70 persons per year. 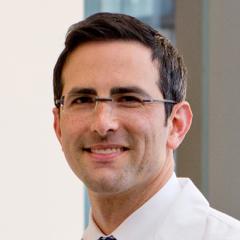 Dr. Randy S. Longman, Associate Professor of Medicine, Division of Gastroenterology and Hepatology, serves as the Director of the Jill Roberts Center for Inflammatory Bowel Disease at Weill Cornell Medicine and NewYork-Presbyterian/Weill Cornell Medical Center. Dr. Longman’s research focuses on interactions between gut microbes and the immune system in inflammatory bowel disease (IBD). His work has identified specific strains of bacteria that are involved and how they relay signals to the immune system to activate inflammation in patients with Crohn’s disease and ulcerative colitis, the most common forms of IBD. He is currently leading a clinical trial evaluating whether dietary fiber supplementation may improve the efficacy of fecal microbiota transplantation (FMT) in patients with moderate ulcerative colitis (supported by the National Institute of Diabetes and Digestive and Kidney Diseases). 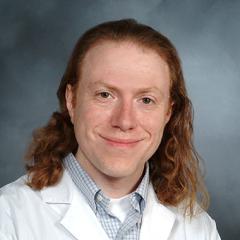 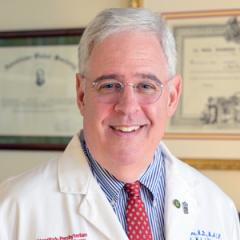 Dr. Joseph J. Fins leads the WDOM’s Division of Medial Ethics. Dr. Fins is The E. William Davis, Jr. M.D. Professor of Medical Ethics, Professor of Medicine (with Tenure), Professor of Public Health, and Professor of Medicine in Psychiatry. He is also an Attending Physician and the Director of Medical Ethics at NewYork-Presbyterian/Weill Cornell Medical Center and serves on the Adjunct Faculty of Rockefeller University where he is a Senior Attending Physician at The Rockefeller University Hospital. Dr. Fins is an elected Member of the Institute of Medicine of the National Academy of Sciences (USA) and was elected as a Fellow of The American Academy of Arts & Sciences in 2012. A recipient of a Robert Wood Johnson Foundation Investigator Award in Health Policy Research, Dr. Fins has also received a Soros Open Society Institute Project on Death in America Faculty Scholars Award, a Woodrow Wilson National Fellowship Foundation Visiting Fellowship and support from the Dana, Buster and Katz Foundations. He was appointed by President Clinton to The White House Commission on Complementary and Alternative Medicine Policy and currently serves on The New York State Task Force on Life and the Law by gubernatorial appointment. Dr. Fins has authored numerous papers in the peer-reviewed journals and the book, Rights Come to Mind: Brain Injury, Ethics & The Struggle for Consciousness. 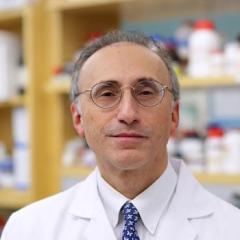 Dr. Shahin Rafii leads the WDOM’s Division of Regenerative Medicine and serves as Director of the Ansary Stem Cell Institute at Weill Cornell Medicine. He is a Professor of Medicine and Genetic Medicine. Dr. Rafii’s research focuses on stem cell biology and angiogenesis using in vivo mouse models and mouse and human genetics, tissue culture approaches, and molecular biology to model angiogenesis, cancer and stem cell metabolic regulation. Genetic, genomic, molecular and cell biological techniques are combined to achieve a systems level understanding of these complex processes. Recent work has been focused on identifying the molecular and cellular pathways involved in organ regeneration and tumor growth. Dr. Rafii has established the concept that vascular endothelial cells are not just inert plumbing to deliver oxygen and nutrients, but also by production of tissue-specific growth factors, defined as angiocrine factors, support organ regeneration and tumor proliferation. Dr. Rafii is the recipient of an NIH Outstanding Investigator Award and is credited with playing a major role in ushering in a new era in modern regenerative medicine.