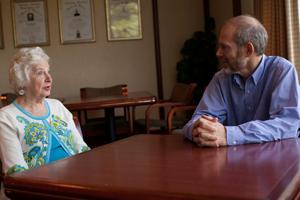 Is there something that older people know that the young don't about how to live? To answer that question, Karl Pillemer, Professor of Gerontology in Medicine and the Hazel E. Reed Human Ecology Professor at Cornell-Ithaca created the Legacy Project, in which he surveyed more than 1,200 of the oldest Americans to seek their advice for living better, happier lives. Consulting the academic literature, Pillemer found that although there have been general studies of "elder wisdom," studies have not asked older people to share practical advice for living based on their long experience. Major themes emerged from his interviews, which Pillemer distilled into a set of "life lessons" in such categories as love and marriage; child rearing; work and career; aging well; avoiding regrets; dealing with loss; and prescriptions for happiness. According to Pillemer, the goal of the Legacy project is to capture this kind of practical wisdom – before the oldest generation is gone. 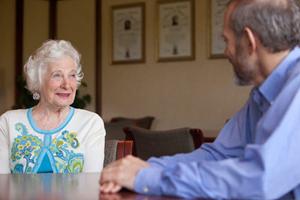 A new website has been launched that archives and shares the elders' lessons for living. In-depth, personal interviews were conducted with over 600 elders from across the country, and many more elders submitted detailed written lists of lessons. He explains: "At 70 and beyond, studies show, many people do develop a sense of purpose and serenity. We captured advice for living that turns out to be remarkably useful for people of all ages." The website welcomes new submissions from people age 60 and up, as well as comments and discussions.